What similarities are there between Turkey and Bulgaria

New culture of protest in Bulgaria and Turkey

For a month now, thousands of Bulgarians have been demonstrating against a political system that they believe is controlled by oligarchs. On the 31st day of the rallies in Sofia and as an allusion to the French Revolution, the protesters staged the famous painting by Eugène Delacroix "Freedom leads the people" on July 14th. An actress with a bare chest and a corresponding costume made for memorable images. It was just one of many original ideas typical of the protests in Sofia. 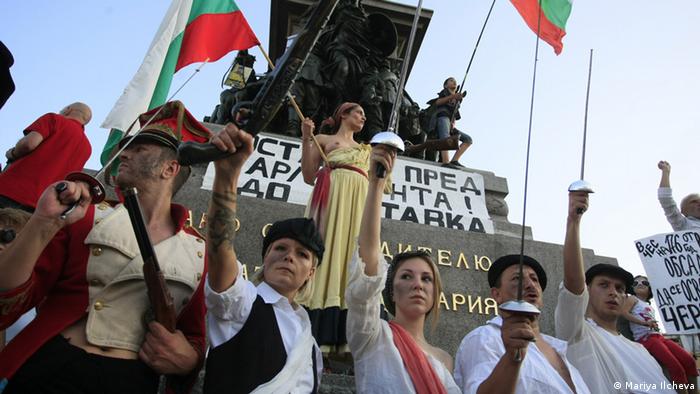 The cultural scientist Ivaylo Ditchev, who also experienced the protests in Istanbul, sees many similarities between Bulgaria and Turkey. "Those who take to the streets belong to a new generation who do not feel represented by the politicians. It is the middle of society that is outraged that those in power are trampling on democratic values." The people in the major Turkish cities would simply not accept that the headscarf was gradually becoming a requirement. The same applies to the restriction of the sale of alcohol or the ban on kissing in public places, said Ditchev. "Hence the imaginative forms of protest such as public drinking and kissing - as a mockery of the Islamists."

The slogans of the demonstrators in Sofia are also imaginative, says Ditchev. For example, Bulgarian Prime Minister Plamen Orescharski was addressed as "Oligarski" and one of the banners could read: "There is a government hospital. Now we need a government madhouse." The journalist and human rights activist Emmy Barouh can also compare the protests in Turkey and Bulgaria from her own experience. "What they have in common is the imagination, the creativity of the protests, also the renunciation of violence and the ability to isolate provocateurs." In addition, both in Turkey and Bulgaria, the symbols and the visual language of the demonstrators are universal. "The Gezi generation in Turkey and the #DANSwithme generation in Bulgaria are like twins. The young people dance in the rain, they sing, they hug, they laugh, they dream. Their energy is powerful, modern and overwhelming," she says Journalist.

Social media as an instrument for the demonstrators

The Twitter tag #DANSwithme is an allusion to the powerful Bulgarian security service DANS. The day was inspired by the appointment of Delyan Peewski, a media mogul with alleged contacts to the shadow economy, as head of the agency. Under pressure from the street, he offered to resign after only one day in office. Other tags based on short messages from Twitter are also very popular in Sofia. For example #Ignoresiderov - a call to ignore the chairman of the ultra-nationalists Volen Siderov, because the decisive voice for the formation of the Oresharski government came from Siderov's populist and anti-EU party "Ataka".

Social media such as Twitter and Facebook - both in Bulgaria and Turkey - are the main tool used by the demonstrators. It's a completely new culture of protest, says journalist Ivan Kulekov, who recently filmed a TV documentary about the protests in Istanbul. "The protesters are modern young people who organize themselves on Facebook and communicate via tweets. They mock the rulers, who look backward and uneducated in their eyes, in a very subtle way." Funny caricatures, anonymous masks and calls for Occupy - the demonstrators in Turkey and Bulgaria feel they are part of the new youth protest culture that knows no national borders.

Kulekov tells of a protest tree with yellow sticky notes in Istanbul, where, among other things, the message from a school class could be read: "We skipped school to protest." And in Bulgaria a preschooler carried the self-made poster with the text: "I actually wanted to go play." 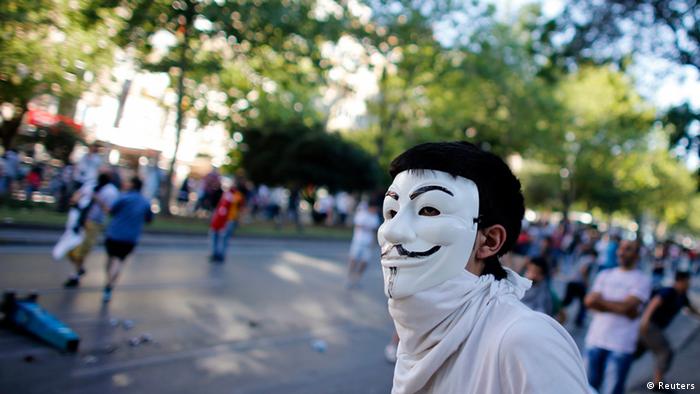 It is not just the forms of expression that are modern, the main focus of the demonstrators is modern, says Emmy Barouh. "In Turkey and Bulgaria they have clearly defined goals for the eco-movement. They also call for a new style of government, with more dialogue and civil rights, with more transparency and civil society participation." The protests continue - on the streets of Istanbul and Sofia. The protesters in Sofia start the day with a ritual: drink coffee in front of the parliament.