What's great about being a Pakistani 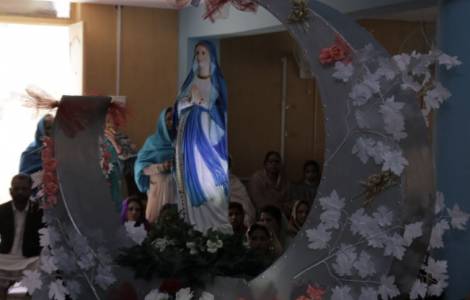 Lahore (Agenzia Fides) - “God is doing great works in my life and I am surprised when I think about God's plans. I had never thought of being elected Capuchin custodian, and even less had I expected to become a bishop. As a servant of the Lord, I meditate and pray that God's will be done in every aspect of my life and in this vocation to the priesthood and religious life in which I said yes to the Lord, "said Father Khalid Rehmat OFM Cap on his appointment as bishop of the Vicariate Apostolic Quetta, announced by the Holy See on January 1, 2021.
Father Khalid Rehmat, who recently took over the leadership of the 'Mariam Siddeeqa' in Pakistan (cf. Fides 19/11/2020), explains: "I was in the process of organizing my task as custodian and am now on a new mission as bishop Called to serve the faithful in Quetta. When I received the news, Mary's words came to mind: Here I am, I am the handmaid of the Lord. I was born on January 1st, the day of the feast of Mary, Mother of God, appointed bishop and chose the feast of the Annunciation on March 25, 2020 as the date for my episcopal ordination in the Cathedral of the Holy Rosary in Quetta. My ministry will be a pastoral ministry consecrated to Mary. I don't know God's plan yet, but I hope that his grace will accompany me to carry out the plan for which God has chosen and called me. "" God's mercy accompanies me, "he emphasizes." I pray to God that he will help me obey the Mother Church and To do God's will. I hope that with his blessing I will best respond to the requests of the Holy Father, the Apostolic Nuncio and my brothers in the Episcopate in Pakistan, whom I sincerely thank and whom I humbly ask for support ".
Father Khalid Rehmat is the first Pakistani Capuchin to serve as a bishop in Pakistan. Previously, Father Felicissimus Raeymaeckers OFM Cap, who came from Belgium, was the last Capuchin Bishop who served the Catholic denomination in Lahore until July 10, 1975. The Belgian Capuchin missionaries began missions in the Pakistani province of Punjab on September 1, 1886. Father Khalid Rehmat is also the first bishop of the Catholic diocese of Islamabad-Rawalpindi, especially from the "Parish Mariakheil" in a small village in which around 400 Catholic families now live.
Father Khalid Rehmat has been a Capuchin monk since 2007 and a priest since 2008 and was editor of the Catholic fortnightly magazine 'Naqeeb' and has pastoral experience in the parish of Our Lady of Carmel in Sialkot in the Archdiocese of Lahore, where he left nine new chapels and built three educational houses for catechists.
In the Vicariate Apostolic Quetta, which he will lead from now on, there are around 33,000 Catholics with a population of over 32.6 million, mainly Muslims belonging to various ethnic-linguistic groups such as Baluchi, Brahvi, Pashtun Hazara and Urdu. The Vicariate, which is currently structured in 9 parishes, covers the entire Balochistan Province, the largest province of Pakistan, which occupies 44% of the total area of ​​the country. The area was evangelized by the Mill Hill missionaries in the second half of the nineteenth century. They were replaced by the Jesuits who stayed there until 1935. In this, the Franciscan Friars Minor (OFM) took the place of the Jesuits and administered the region until 1982, when pastoral responsibility was transferred to the Oblates of Mary Immaculate (OMI). In 1999 the Salesians of Don Bosco, who are committed to education and evangelization, also came to Quetta
(AG-PA) (Fides 4/1/2020) 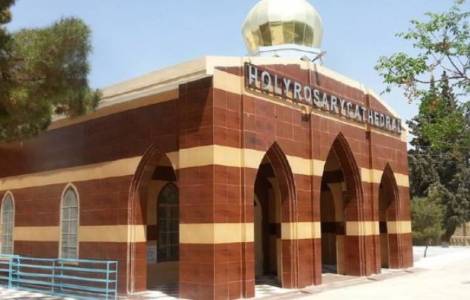 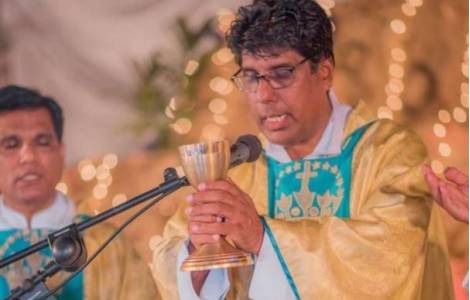