Is FGM a universal custom

The spot leads the audience into an apartment building. Children play in the corridor. Suddenly an older woman appears, the circumciser. She receives money from the young woman's husband for her upcoming services and prepares her instruments for the intervention in the family kitchen. The mother fetches her little daughter from playing. Back at the door of her apartment, she thinks about the pain of her own mutilation and then sends her daughter back to play. At the end of the commercial there is an appeal for donations for the work of TERRE DES FEMMES.

TERRE DES FEMMES received an offer from four students from the University of Television and Film in Munich to shoot a movie advert against genital mutilation. The director Satu Siegemund reports how it came about: 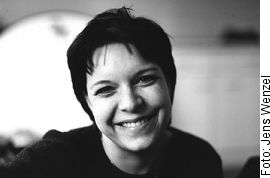 Satu: The entire project was set up by the four students of the University of Television and Film in Munich. We all started studying in the 1999 winter semester. While Florian Deyle, Martin Richter and Hendrik Feil concentrate on "Production and Media Management", I am studying in the field of "Film and TV Drama".

At the end of the first semester at the University of Television and Film Munich, a first short film must be made. The requirements are: It must be black and white, and no dialogues may take place. The film can only tell through images.

So I decided to design my first short film as a spot, more precisely as a social spot, and shortly afterwards contacted TERRE DES FEMMES whether they would be interested in such a project.

TDF: What gave you the idea to shoot such a spot?

Satu: I've wanted to shoot a social spot for a long time because I think that the mass media should be used a lot more for good causes these days. But it was supposed to be a topic for which there were still no calls for donations on TV / cinema, and so I remembered the topic "Female genital mutilation", which my mother had already told me about in the early 80s. So I was able to kill two birds with one stone, so to speak: I was able to shoot a social spot for a topic that was not so publicly known and support other women in their work.

TDF: Who should the spot reach?

Satu: We would like to draw people's attention to the issue of "female genital mutilation" who have not yet dealt with the subject of "female genital mutilation" or who do not know anything about it (there is such a thing!). They should financially support the work of those who have already informed themselves, namely TERRE DES FEMMES. Because it is precisely the smaller clubs that are most dependent on donations. 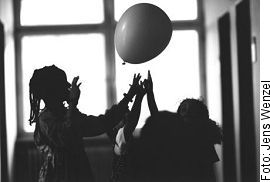 TDF: How is the spot set up?

Satu: First and foremost, it's about a mother's rethinking process while she is on her way to pick up her daughter from playing and take her to the circumciser. It was very important to me to make it clear that women, even in conservative families, are in a position to say "no" to circumcision. They just are often unaware of their power. The woman in the spot only decides seconds before the gruesome ritual against it, as she suddenly realizes exactly what is supposed to happen. This is shown by intercuts to the preparations in the kitchen, which in a certain way also represent their own memories.

TDF: What preparations were necessary?

Satu: On the one hand, the financial part has to be organized, donors and sponsors have to be found. At the same time I had a so-called storyboard drawn, which is something like the entire spot as a "comic", in other words, the individual settings that are to be rotated are drawn.

TDF: How did you find the actors?

Satu: In order to find the right people, I was allowed to go through the actor cards at some casting agencies in Munich, which is a big exception and for which I am very grateful. 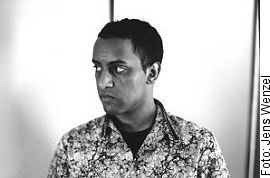 After three months I had then cast all roles, with only the role of the mother (Sheri Hagen) being played by an actress. She has been dealing with the subject of 'genital mutilation' for some time.

The circumciser (Rosa Kunzmann) had already made her first experiences with filming as a small actress.

I then cast the man 'from the street', so to speak. He comes from Eritrea and knew about this topic, but as a Christian is not directly affected. Markos Gebreselassie had hardly any experience with the medium of film.

TDF: Did anyone involved have any difficulties with the topic?

Satu: Nobody had any problems with the topic, but a mother told me about one of the girls who went along with the fact that she had previously tried to talk to her husband about this topic because he comes from an affected country. But from his side, the conversation with 'This is now forbidden, it no longer exists!' blocked. Nor should he know that his daughter is involved in such a commercial.

TDF: How did you go about shooting?

Satu: Since I directed and camera, I had to do my 'homework' as well as possible and had to come to work well prepared. That means: I have to know what I want so that there are no long waiting times caused by endless pauses for thought. I had to take care of the lighting design, the camera and the actors at the same time, and I am lucky that I had such a good, nice and, above all, committed team that not only fully supported me, but also had almost clairvoyant powers. I never had to explain a lot about what I wanted.

All of the performers did great things. Of course, this also applies to the children. They too were largely unexperienced. Due to her uncomplicated manner and openness, the filming was a great adventure for the little ones, and they had a lot of fun doing it.

Even the strict laws that have to be met when filming with children of this age (a maximum of two hours of pure filming time on set, an hour break in between) were no problem with these children.

The production made sure that the organizational process went smoothly: When does which actor come, when do we start, which actor can / must leave when, are all props, costumes, etc. there, are there lounges for the actors, when and what is there for lunch etc.)

TDF: What was difficult while shooting? 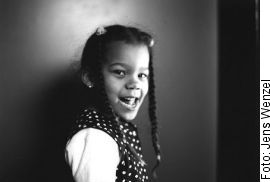 Satu: There is always a lack of time when shooting, no matter how much you plan in: Actually it is never enough: Sometimes an actor has an important appointment and has to leave at a certain time. The children are only allowed to turn for so long, the sun keeps changing its position and disappears completely at the end of the day, the weather changes. (This can be a big problem, especially if you often turn towards the window).

TDF: What is the current status?

Satu: The film is currently being edited, but will be re-edited again. The sound is then mixed. Finally, we want to capture the spot in video and film format, which means it has to be copied.

Satu: We are all very satisfied with the result and have received great praise from many quarters (both filmmakers and laypeople). I hope that this project will be a great success for TERRE DES FEMMES.

The interview with the director Satu Siegemund was conducted by Gritt Richter.

You will also receive further information by e-mail (contact form).
Please do not forget to include your address if you would like information material (free of charge) so that we can send it to you by post.