Faber-Singer on the Limits of Art: Political Music without Correctness?

The song “Das Boot ist voll” by the Zurich band Faber once again raised the question: How far can art go? A conversation with singer Julian Pollina. 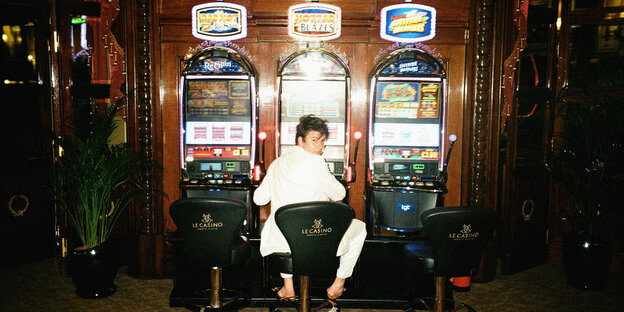 taz: Faber, you've released a new single: “Das Boot ist voll”. Not everything went smoothly. How did you experience the last few days?

Faber: Very, very stressful. It was definitely not the funniest days of my life. But I survived. That's a start.

After a few days you took the music video for the single off the net. And you also edited the audio version afterwards. The most provocative part of the chorus has been replaced. How did you come to that decision?

I had the feeling that something was wrong and that I am not entirely satisfied. Even before the release. There was something I didn't quite like. For me the stanzas are very important and have a lot of content. The chorus overshadowed everything. I don't want to avoid criticism at all. I know exactly why I wrote these lines. That was out of anger. I thought it was a shame that the chorus then pushed everything else into the background and completely drowned the actual topic. I suspected that before, but I was told by many people that I should keep the lyrics like that, otherwise the song would be weaker. Then it took the release for me to realize: That's not it - not like that. The new version is still very angry, but it doesn't overshadow the subject. The other one was peppered with too radical words that I was afraid that they would make the listener forget everything else - what it is actually about.

What is it about?

Alias ​​"Faber" is the singer and songwriter of the band of the same name. Pollina was born on April 18, 1993 in Zurich. He is the son of the Swiss singer Pippo Pollina from Sicily. The 26-year-old from Zurich is considered one of the most successful newcomers in German-speaking pop. With the songs "Alles Gute" and "Tausendfrankenlang", he and his five-piece band also became known in Germany. Her new album "I f * cking love my life" will be released on November 1st, 2019.

The basic horror that there are two possible answers to the question of whether to save people. Namely yes or no. When you get to that point, something is going really wrong across a continent. There were many triggers that moved me to write the text. Such as the right-wing uprisings in Chemnitz or Seehofer's statement, who found it amusing that 69 refugees were deported on his 69th birthday. A lot of horror came together, which I then processed with the text.

With your song you address the politics in Europe - or did you have the situation of a certain country in mind?

It's actually a global problem, but I was thinking of Europe in particular when I wrote it. I see the same patterns and problems across Europe. In countries like Italy, Hungary or Poland the situation is getting worse. It's very gross and bothering me a lot.

Are you following the situation in Italy more closely through your father, the musician Pippo Pollina, who comes from Sicily?

Yes, definitely, of course. The situation in Italy is next level. What Salvini can pull off and still has total support is brutal. I have never seen anything like that in Germany or Switzerland - fortunately. But the situation is also different. In Italy there are many regions where fascist ideas have never been properly dealt with and are considered normal. The situation is different in Sicily. They hold the position there. In the city of Palermo, things still work pretty well compared to the rest of Italy. But there is also great anger there. Most of it is directed towards Europe. In the tenor: "We are one of the poorest provinces in Europe and people come to us every day, you must please support us." I think that then European solidarity is required.

Did you feel pressured by the sometimes very negative reactions to the single to change the lines in question?

No not at all. I decided to change the chorus on Saturday morning. I don't think there was any article about the song at all at the time. And the comments on social media weren't the reason for my decision either. I read the comments for the first hour after they were published, then I banned myself from using my cell phone. I think sometimes it's better not to read everything. In the comment columns on Youtube and Co., of course, there are also many rights romping around. I've received death threats. That's pretty tough. 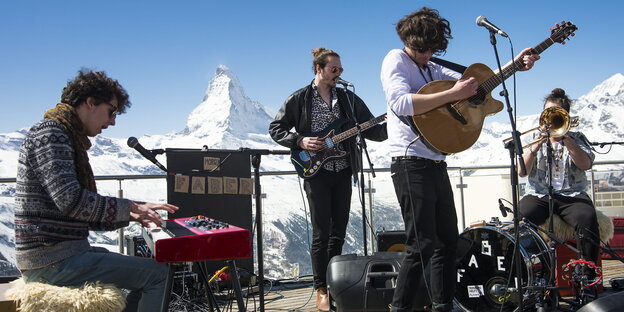 "We had to listen to a lot," says Faber about right-wing hostility Photo: dpa

You have been accused of rape fantasies by various media in relation to the chorus of the first version. Can you understand this criticism?

No not at all. I can understand that you are bothered by the lines. But I can't understand that you see rape fantasies in the chorus and was also very surprised by this reaction. The radical expression in the first version, like other expressions of anger in colloquial language, is not to be taken literally. I actually thought that was clear. This interpretation of my text takes me with it and I would have liked to explain how it was actually meant. I'm pretty sure nobody really thought that I was supporting sexual violence in my words. The lines had no place there, that's true, because it was just too rough for the rest of the song - that's why I took it out. But not because I agree with people who accuse me of rape fantasies. Because that is absolutely not the case.

At the end of July the single “Das Boot ist voll” by the five-piece band Faber was released. It is an angry text that singer Julian Pollina wrote in response to the political situation across Europe, the dying in the Mediterranean and the noticeable shift to the right of society. The refrain of the first version: “Concerned citizen, yes / I'll get it for you right away / get on my knees if I show you my cock / take it in the vernacular / blond, stupid, blue and pure / concerned citizen, yes / I'll get it to you, too ”, changed Pollina after the publication. "When 2019 '33 creeps in again / when humanity and understanding give way to your anger," it says in the chorus.

You advertised “Das Boot ist voll” on your website as a “new scandal single” - in the look of well-known tabloid media. Did you expect strong reactions?

The term scandal single fit perfectly into the look. This look that is exactly the same all over the world. In Germany it is that Picture-Newspaper, in Switzerland the Look-Newspaper, in Austria the Kronen Newspaper. One and the same presentation that you can recognize immediately. In this media there are always exactly two reports: some celebrity is super happy or there is a big scandal. I was expecting huge reactions to the single. It was foreseeable that there would be a controversial echo. Two years ago I experienced something similar with “If you can't swim, you dive”. Threats came from the right and we had to listen to a lot. I knew it wasn't going to get any less.

The song has turned into a scandal single. Also because of the content you sing about?

In any case. What bothers me most is that people find the lyrics themselves more scandalous than the things they describe. I find it totally soft when someone tries vehemently to destroy a text that describes a society in which something is going wrong. My real goal right from the start was to bring the political situation back into consciousness. That's why I really wanted to change the chorus, because otherwise it's just about the language in this one point. And then the song would have failed.

Do you like to provoke and polarize with your art?

I do not know this. It's definitely not fun at all. You suffer very, very much from it. Probably rightly, because you could have done it differently. But somehow not then either, because you think what you're doing is right and important. I only find it honest when art is not straightforward and offensive. But it's definitely not fun. It's incredibly exhausting. Regardless of whether you want to polarize or not, in the end everyone probably just wants to be liked. There are always discussions about my music. In the end it was good, it brought me further - privately and musically. It has seldom happened that in the end I did not come to a common point with my discussion partners. I am convinced that one should not avoid discussions about the things that one writes.

How do you feel about the pursuit of political correctness? Do you think that you can make political statements without expressing yourself politically correctly?

First of all, I believe that the term political correctness is wrongly given a very strong negative connotation. The goal of an expression that is comfortable for as many people as possible is very desirable. A goal that I also pursue privately. Not necessarily in art, however. I don't want to make a huge cut, but I still believe that language restrictions make art pale. I am not advocating a free ticket to target certain people linguistically, not that; but especially when you play with a lot of pictures, I think it's important and good to have a certain amount of leeway. In my private life, however, I definitely see a change in the way I express myself. Now I pay attention to things that a few years ago were not even in people's consciousness. That is a very positive development.

With your single you react to anger and hate with even more anger. Does it work?

That is certainly not the best way and I am also aware of that. It was more of an anger that had to be released. In my private life, I don't see this as a solution; I rely on communication and open exchange. In the song it was rather horror and despair that had built up and which I then gave expression to. In the situation, however, it does not help anyone, pure anger. That is also a point that I could have understood as a criticism of the single. That the text does not seek conversation and does not bring a solution. But that's not what the single aspires to be. It should shake people up. To have an overall solution for Europe's problems at hand would also be too high and unrealistic a claim on a song. Hundreds of thousands of politicians sit together every day and work on concepts, a three-minute single won't answer all questions. But it doesn't have to.

"Cars are on fire in Paris" and "If you can't swim, you dive" are already two socially critical songs. With “The boat is full” you have now gone one better. Do you see artists and public figures as having an obligation to position themselves politically?

I don't think people are obliged to, but I would like more to do it. Music is consumed by many people and generates attention. Art in general can touch people and move them to change something. In this way, as an artist, you can make your contribution to society.