Catholic refugees are welcome in Poland

The Polish government categorically refuses to accept refugees. "Poland is ready to defend its position before the (EU) Court of Justice" - with this militant announcement, Deputy Foreign Minister Konrad Szymanski reacted to the decision from Brussels to initiate infringement proceedings against Poland, Hungary and the Czech Republic because they do not want to take in refugees . Szymanski accused the EU Commission of not wanting a political compromise on the refugee issue and that its course could "deepen the division of the EU".

But the real problem with refugee policy lies much deeper in Poland and becomes especially visible when another IS attack is reported. Whether in Manchester, London or Paris, the Polish state television TVP reacts the same to every new terrorist attack.

First, a hurriedly deployed special correspondent on the spot reports in an emphatically neutral manner about the victims, destruction and the hunt down of the perpetrators. Immediately afterwards, a minute-long background report on the wave of refugees in Europe, the brave Hungarians protecting their borders from the onslaught, followed by Angela Merkel, who said "Welcome!" is to blame for everything and now wants the redistribution of the refugees. And finally, the European Commission is in the line of fire, which threatens Warsaw with a lawsuit if it continues to refuse to let refugees - among whom future assassins hide - into the country. The previous liberal government had committed itself to this shortly before it was voted out of office two years ago; 7,000 refugees from Syria, Iraq and Eritrea should come to Poland. 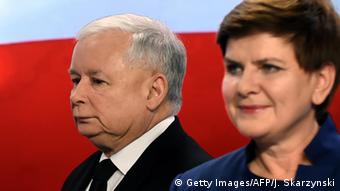 With the exception of Portugal, almost all EU members lag behind when it comes to these resettlement figures. Only just under a fifth of 160,000 refugees stranded in Greece and Italy have been distributed so far. But Poland is the only country besides Hungary that has not accepted any refugees at all. EU Interior Commissioner Dimitris Avramopoulos gave Warsaw and Budapest time until the end of June and threatened to file a complaint with the European Court of Justice in Luxembourg in the event of a further refusal. Both countries would have to expect heavy fines.

Add fuel to the fire

But this does not deter the Poles either. And the Kaczynski government sees the population behind it. Because the seeds of the right-wing populist election campaign have now risen. Already in the election year 2015, the party "Law and Justice" (PiS) had warned of a wave of refugees and the allegedly accompanying Islamization. In the wake of the terrorist attacks, the willingness to accept refugees at the time fell from 75 percent of those surveyed to 25 percent. Even if Poland

so that EU funding cuts would have to take on, two thirds are against the admission of refugees today. And this despite the fact that the Catholic Bishops' Conference only called for humanitarian corridors for war refugees to Poland again only in May.

But instead of taking such requests seriously, the PiS government, which likes to pretend to be particularly Christian, is constantly pouring new fuel into the fire. Just a few days ago, Prime Minister Beata Szydlo railed against the deluded, politically correct elites in Brussels and blamed the refugees for the Islamist terrorist attacks in Europe.

For a long time now, nobody has bothered to differentiate between war and economic refugees. Poland will fight the "utopia of open borders", said Szydlo. "Poland is opposed to any form of blackmail by the EU," promised Kaczynski's head of government and emphasized anti-European tones. "We are not participating in the madness of the European elites!". Rather, her government would ensure "that Polish children can safely go to the clubs, school and playground" without fear of a terrorist attack, as in Manchester.

In the meantime, Warsaw has also announced that Poland's alleged right to refuse to accept refugees at all, to defend them before the European Court of Justice. This announced PiS party leader Jaroslaw Kaczynski in an interview with the government newspaper "Gazeta Polska Codzinna" ("Polish Daily Newspaper"). There he defended the decision of the PiS government not to accept any refugees from camps in Italy and Greece. 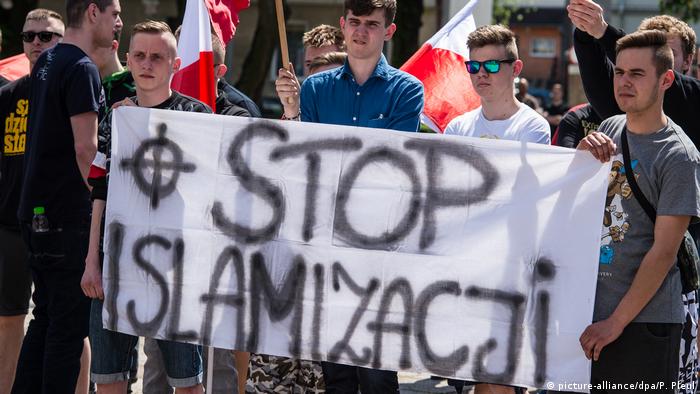 The tendentious reporting is having an impact: Protests against the admission of refugees in Poland

The recordings would "be tantamount to a social catastrophe," warns Kaczynski. "In addition to a surge in terrorism in Poland, there are many other dangers lurking," Kaczynki warns the Poles. "We would have to use repression just to protect our women - and we would be scolded by Nazis," warns Kaczynski. For all these reasons, it is better not to let a single refugee into the country, as before. Since then, PiS government circles have said that they would rather pay money than take in refugees.

During the inaugural visit of the German Federal President Frank-Walter Steinmeier at the end of May, State President Andrzej Duda (PiS) signaled a possible move by Poland in the EU dispute over the distribution of refugees. "Poland is open; whoever wants to come voluntarily is welcome," he recently told the international press. "What we will never allow, however, is the forcible dispatch of refugees to Poland and their forcible detention here," said Duda, justifying this, of all things, with the human rights that would be violated. Yesterday he added more and said: "I rate the attempt to blackmail us, absolutely negative". As president, he was against refugees being brought to Poland by force. 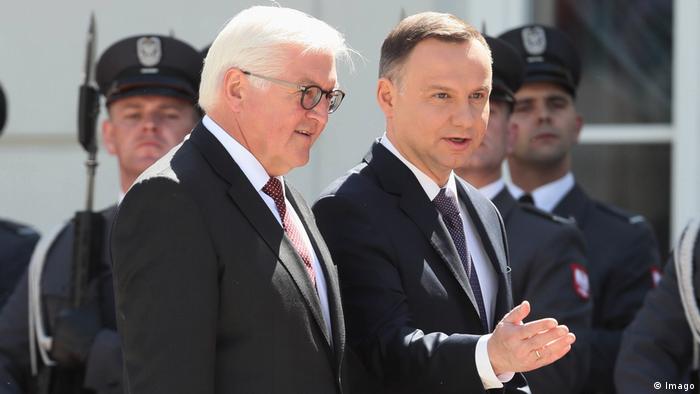 Duda with Steinmeier in Warsaw: "Poland is an open country"

But not all Poles hold back when it comes to refugees. There are certainly several civil society refugee initiatives from below. In the western Polish city of Poznan, for example, collections are made in some elementary schools for refugees from Aleppo. In the equally liberally governed Hanseatic city of Gdansk, the "Danzig Manifesto" was presented on Wednesday, a European initiative supported by Mayor Pawel Adamowicz, Gesine Schwan and Rita Süssmuth and the distribution of refugees from below, from the communities, with the help of wants to organize a special EU funding pot. Incidentally, Gdansk was the first city in Poland to have worked out an integration concept for refugees months ago. But such initiatives remain an exception so far.